My first run-in with the rookie brand SeeAudio consisted of their entry-level Yume IEM. The Yume sported a remarkable tonal balance, quite possibly the best I'd heard for its respective price point. But it came with one glaring flaw: technicalities. Notes on it were quite blunted and imaging was below-average; thus, I found that the Yume eventually fell out of favor with my ears. But presently, SeeAudio has released the Bravery, a humble 4BA configuration. The question that is no doubt at hand is whether 1) SeeAudio can maintain the excellent tonal balance that characterized the Yume and 2) bring the technicalities of the Bravery within parameters commensurate with its price of $280. Read on to find out whether the Bravery delivers.

This unit was sent to me for review by HiFiGo; you can purchase the Bravery here. As usual, what follows are my honest thoughts and opinions to the best of my ability.

All critical listening was done off of an iBasso DX300 and iPhone X with lossless files. The stock cable (and eventually a standard 2-pin cable) and stock silicone tips were used. The Bravery is fairly easy to drive, sitting at around 30% volume on my iPhone X to hit my normal listening volumes (~70dB). Hissing was a non-issue. 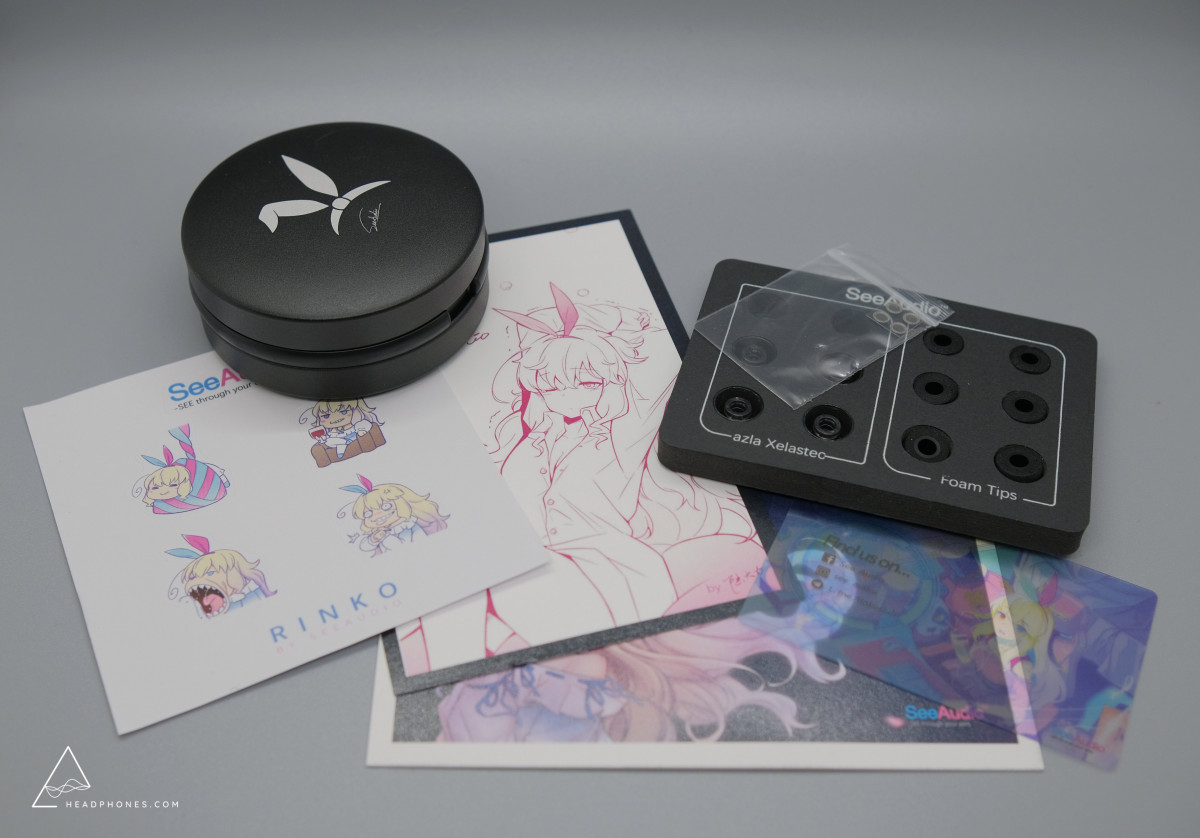 Does jamming in a bunch of waifu goodies supplement for accessories? Debatable, but avid readers will know that I am partial to these types of things; I'm still debating which sticker I want to slap on my DX300. Ahem. But I digress. You have the same friction-fit, hockey puck case that comes with the Yume. It's not the greatest quality case, but it'll get the job done. SeeAudio has also opted to include Azla Xelastec ear tips which is a solid step in the right direction. 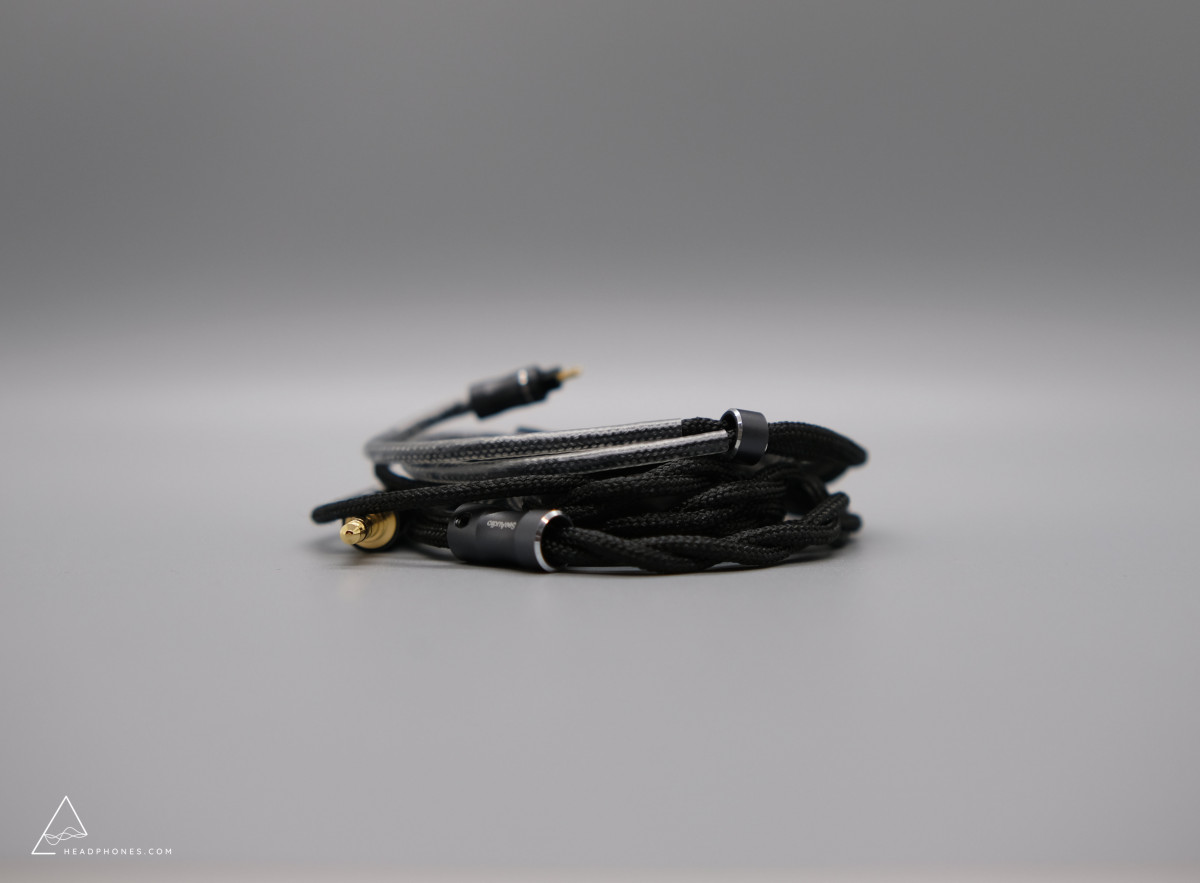 Now, I want to love the included Hakugei cable because the tactility of the paracord and the hardware feels quite premium. Unfortunately, a cable that looks pretty and feels well-built is no substitute for one that actually works in practice. To this end, the Hakugei cable is quite microphonic and the ear hooks themselves loop awkwardly around the ears. I ended up just swapping it off for my trusty Dunu DUW-02 cable after listening for a couple hours. 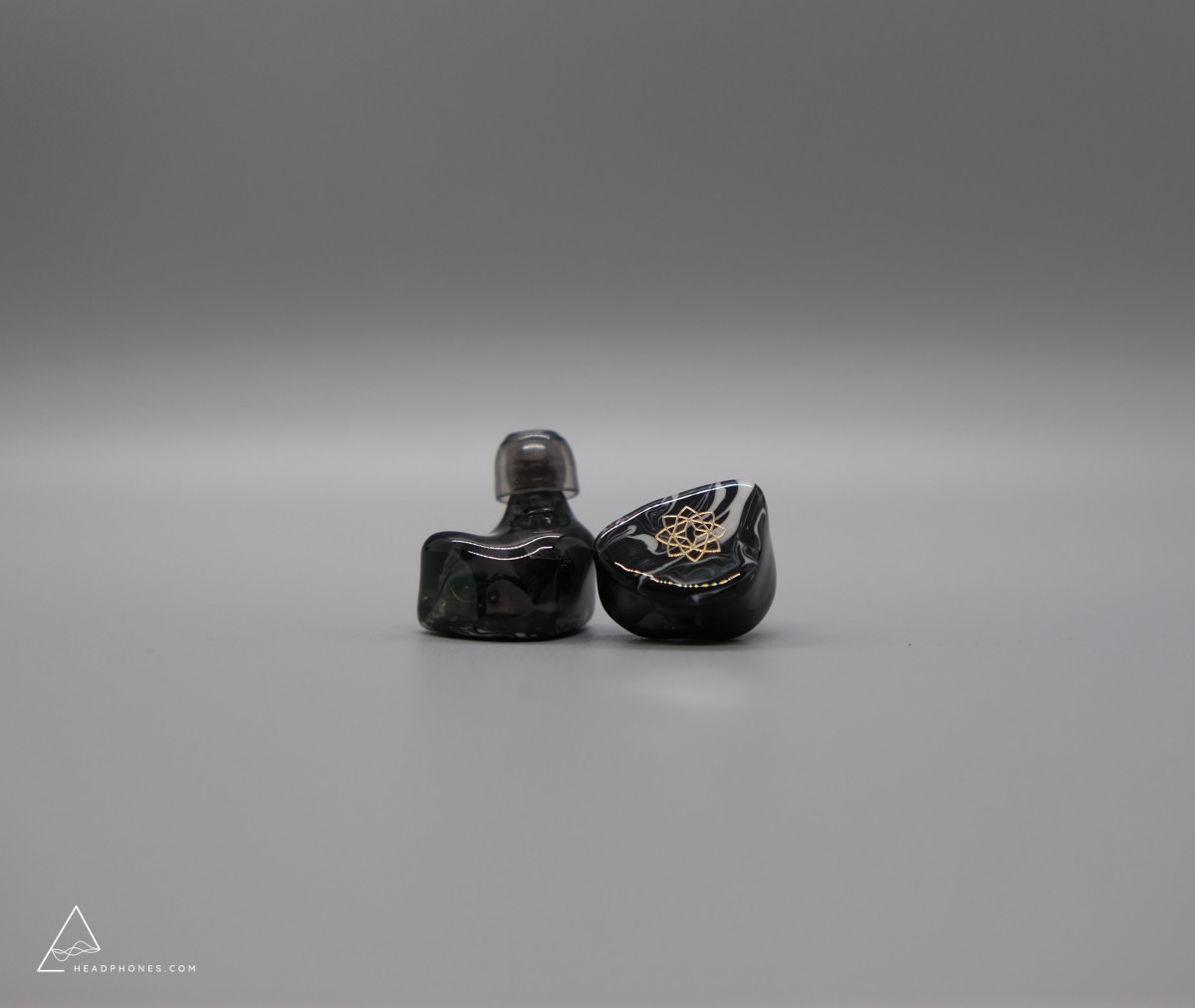 So onto the Bravery itself. The Bravery sports a black-and-white, marble finish with each of the brand and IEM logo's inscribed in gold. The nozzles have lips to secure the tips, and the 0.78mm connectors are exposed. Overall build quality here is solid with no marring to the surface finish and a seamless conjoining between the acrylic shell and faceplate. I'd say this is a medium-sized IEM; personally, I had no issues with fit or comfort but your mileage might vary as fit is 100% subjective.

The frequency response graph below was taken off of an IEC-711 coupler. There is a resonance peak at roughly 8kHz and, as such, measurements after this point should not be considered entirely accurate. Please follow this link if you'd like to compare the Bravery to the other IEMs that I have graphed.

The overall tonality of the Bravery is clearly inspired by the (in)famous qdc Anole VX. One can consider it a warmer, more mid-bassy interpretation of that IEM which, for me, means a slightly south of neutral signature. But one could probably get away with using a number of other descriptors, as I've seen U-shaped, V-shaped, and W-shaped used too. Regardless, the qdc Anole VX is distinctive to me as being remarkably solid for it tuning and, simultaneously, for being just as boring. As for whether the Bravery manages to usurp this expectation, you'll just have to keep reading.

The Bravery's bass - as is characteristic of most BA IEMs - is not good. If you want to re-frame that more nicely, it's certainly adequate in terms of control, but it doesn't get much further than that to my ears even within the context of BA bass. It mainly acts as a foundation for shifting into the lower-midrange smoothly and with some warmth. Thankfully, the midrange of the Bravery is quite solid, and it sports what I would consider a slight upper-midrange emphasis. I do find center imaging to be lacking, but that's to be expected for a set at this price point. Vocal sibilance is also still mitigated thanks to a recession from ~4-5kHz.

At this point, we enter the treble and what I've not-so-affectionally deemed the "VX curse". The problem with that 4-5kHz, lower-treble recession is that it lends to a loss of stick impact to percussive instruments. You don't really hear the head of the instruments connect. Stack on a peak at ~7kHz for an emphasis on crash and sparkle, and the subsequent contrast can come off as slightly fatiguing on more treble-intensive tracks. Now, all that said, the Bravery definitely has pretty commendable treble extension for this price point. It's also by no means gritty in decay; instead, largely suffering from the plasticky, weightless quality that characterizes most BA IEMs. A bit of a double-edged sword in the treble overall.

The Bravery's technicalities are good, but they're also not great. So the good part: It's certainly no Yume. Transients are relatively sharp on the Bravery, and I do find it to have a decent sense of layering. By this, I mean that instruments have a good sense of distinction without smearing into one another on more complex tracks. Where the Bravery excels most, though, is in a "whole is greater than the sum of its parts" sense. It really makes no glaring mistakes in terms of what I would index for on cursory listen, and it's pretty coherent for a 4BA setup.

But to reiterate, the Bravery's not great for technicalities, and this becomes readily apparent in A/B with my $300 benchmark, the Moondrop Blessing 2. The dynamic ability of the Bravery is unremarkable, succumbing to the flat, upwards-compressed quality that plagues most BA setups. Listening to the cadence of Sawano Hiroyuki's "Tranquility," for example, abrupt shifts in loudness sound noticeably more distinct and impactful on the Blessing 2. I also don't find the Bravery to be a particularly detailed IEM; it sounds like a lot of textural nuance and background minutia is missing that makes me gravitate toward the Blessing 2 despite that IEM's flaws.

In short? In my eyes, the Bravery puts on a solid showing for technicalities on cursory listen, but ultimately comes up more empty-handed when pressed for what I deem the latent intangibles. To be fair, that's to be expected for an IEM of this price point.

Yes, the Blessing 2 is $40 more. But yes, I also think you should just swing the extra funds for it. The Blessing 2 follows a more Harman-oriented tuning with a thinner lower-midrange, more upfront upper-midrange, and a smoother treble response (at least tonally, as I find it does have more intangible "grit" to the way it decays). Those who want a more relaxed listen with slightly better treble quality might indeed prefer the Bravery. But to re-touch upon some of my thoughts on the Bravery's technical performance, the Blessing 2 really pulls ahead when it comes to the more "latent" intangibles. Staging on the Blessing 2 is more expansive, and its macro-contrast is a solid step ahead of the Bravery. The Blessing 2's bass, while not great, is also noticeably more impactful.

And if you want a more "fair" comparison, I encourage you to consider the Tanchjim Hana 2021 which clocks in at roughly $200. It has more sub-bass presence (DD bass too, I might add), a more upfront upper-midrange, and a smoother treble response. To my ears, the Hana 2021 is just way smoother. And sure, the Bravery might have a slight edge in terms of its note definition. But the best part about the Hana 2021 would be that it has none of the Bravery's BA timbre issues thanks to its soft taper to decay; ergo, sense of authenticity to notes. Imaging on the Hana 2021 is also surprisingly good and, from memory, it sports more of that 3D "holographic" effect that the Bravery does not give me. The Hana 2021 is my preferred IEM versus the Bravery.

"For the price point" is a stipulation that I am admittedly often guilty of ignoring. That context in mind, the Bravery is still a pretty easy recommendation. It doesn't do a whole lot wrong and it gets a whole lot more right. But for an IEM called the Bravery, ironically, it's also a really safe IEM - almost too safe. That is why I have reviewed it as harshly as I have; I want to see more. I want to see SeeAudio step out of their comfort zone and take their game to the next level. Sure, they've nailed the fundamentals of a good IEM, but there's a lack of character to stuff like the Yume and Bravery that keeps these IEMs from touching established greats like their Moondrop contemporaries. But I digress - maybe asking for more in the sea of mediocrity is being unfair. 7Hz Timeless Review - All Aboard the Hype Train?