Those who have followed my reviews for some time will know that I tend to mainly write about IEMs on the more pricey end of the spectrum. Like it or not, it’s a fact that more expensive IEMs tend to sound better; therefore, they entertain my interest more. Tend, meaning not always! I’ve heard my share of flagship fatalities and my myriad of not-so-flattering reviews are proof of that.

But that’s just one reason why I don’t cover budget IEMs often. Really, the biggest problem with budget IEMs is that they’re a dime a dozen. The ones that make enough of an impression - much less a good impression - for me to take note of are few and far between. Still, let there be no mistake. There are budget IEMs that slip through the chinks in my jaded paradigm and meet, sometimes exceed, my lofty expectations. I’ve even had the pleasure of adding many of these IEMs to my own collection. So in this buyer's guide, I want to share the rare, sub-$200 IEMs that I give my stamp of approval to.

To keep things interesting, I’ll rank my choices from my least favorite to my favorite. Hopefully, that’ll keep you reading (although fair, you can skip to the end if you’d like). But before we get to the IEMs, as usual, I need to drop some disclaimers:

That out of the way, let's take a look at those IEMs, shall we?

#10 Moondrop SSR - It’s got no bass (go for the SSP if you want more), it’s ridiculously midrange forward thanks to no less than 13dB of pinna compensation, and it’s got something of a mid-treble suckout that graphs don’t reflect. On the basis of tonality, I definitely can’t stand how lean and shouty the SSR is. But it’s also got some of the best technicalities that $50 can buy. One of the first things one might notice about the SSR is its transient speed. It is snappier than any other IEM I’ve heard in its price range. Layering on the SSR is also a standout with an ample sense of space between instruments; imaging as a whole benefits. If you have ears of steel or are just a sucker for weeb tuning, the SSR is an IEM you’re going to want to put on the list. 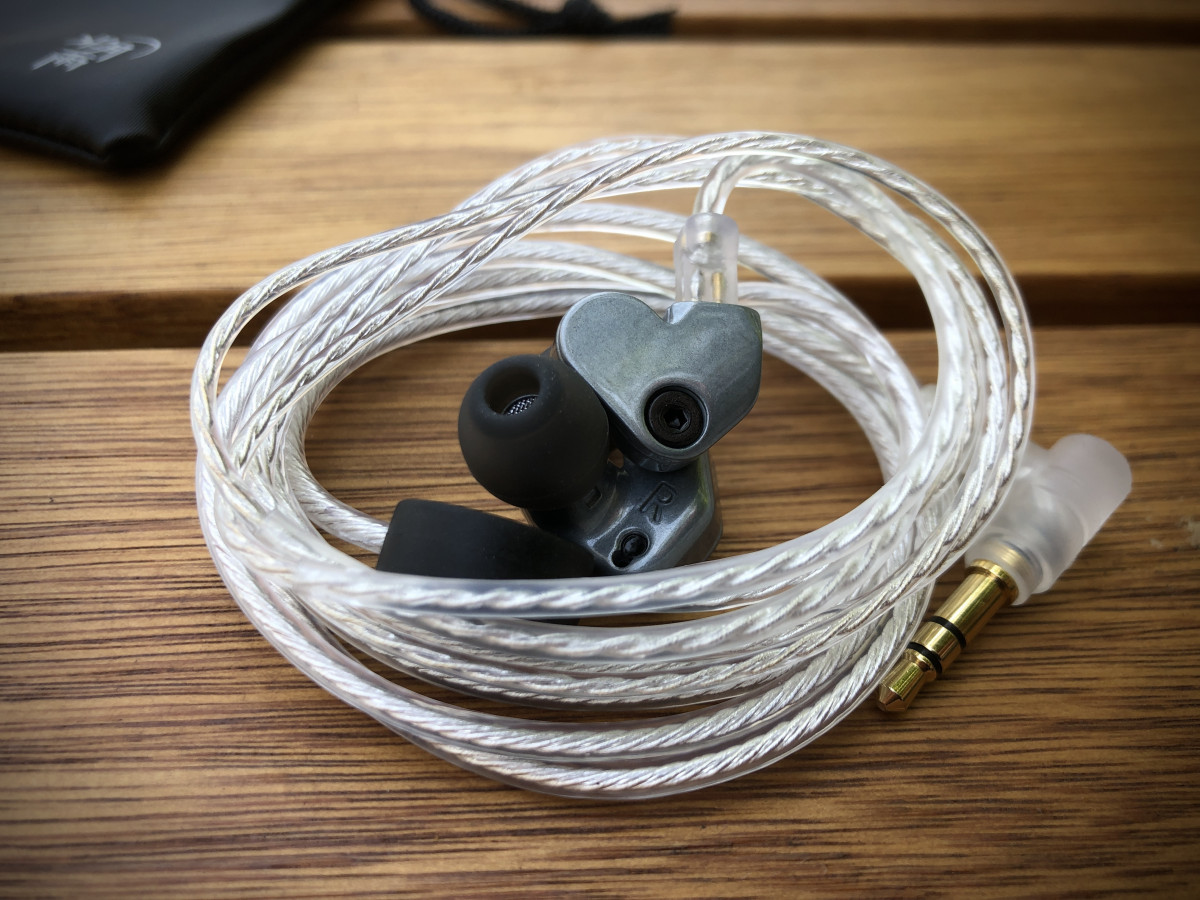 #9 Final Audio E500 - The cheapest earphone Final Audio makes and, if you ask me, ironically their best sounding (indeed, I’d handily take this over their $2000 flagship IEM). Bass is mid-bass emphasized for a good sense of punch without getting out of control. In a very un-Final Audio like fashion, the midrange isn’t a shouty mess and sounds, well, simply neutral. Treble is fairly soft; this is a darker IEM in general, but it won’t fatigue. If you’ve no luck finding a Sony MH755, or desire yourself a more neutral option, then you can do no wrong with the Final Audio E500. Cop yourself some of those Final Type-E eartips while you’re at it because they’re handy for taming IEMs not as well-tuned as this one is.

#8 Tin Audio T4 - I haven’t been the biggest fan of most Tin IEMs I’ve heard - from memes like the P2 to the perplexing regression to the common denominator that was the T5 - but I do have a healthy appreciation for this one. The T4 plays to Tin's roots, following the neutral-style tuning that won them the hearts of many audiophiles. It's a leaner presentation to be sure, but no less a solid one. Technicalities are about what you'd expect for the price; that is to say, again, simply solid. You might be wondering where the T2 is on this list; after all, many would consider that IEM to be a budget benchmark. Well, I didn't like it. It sounded very un-resolving and mediocre, neutral-tuning for $50 be darned.

#7 SeeAudio Yume - The Yume is an instance of one hand giveth and the other taketh away. On that latter hand, the Yume’s just not very resolving. Notes are slightly blunted and mushy; for imaging, I’m inclined to say the Yume’s actually below-average for its price point. On the former hand, the tonality here is class-leading. It’s neutral with bass boost; a clean, sub-bass oriented shelf. The midrange rises into the pinna compensation and slopes off from the upper-midrange beautifully, and there’s just an extra bit of spice in the mid-treble to keep things from getting too stale. Sure, some might still find the Yume boring, but you won’t find anyone saying it’s bad. Stack on excellent fit, and you have a well-rounded IEM for those desiring ease of listening over all else. Heck, the Yume plays with a lot of kilobuck stuff for tonality! 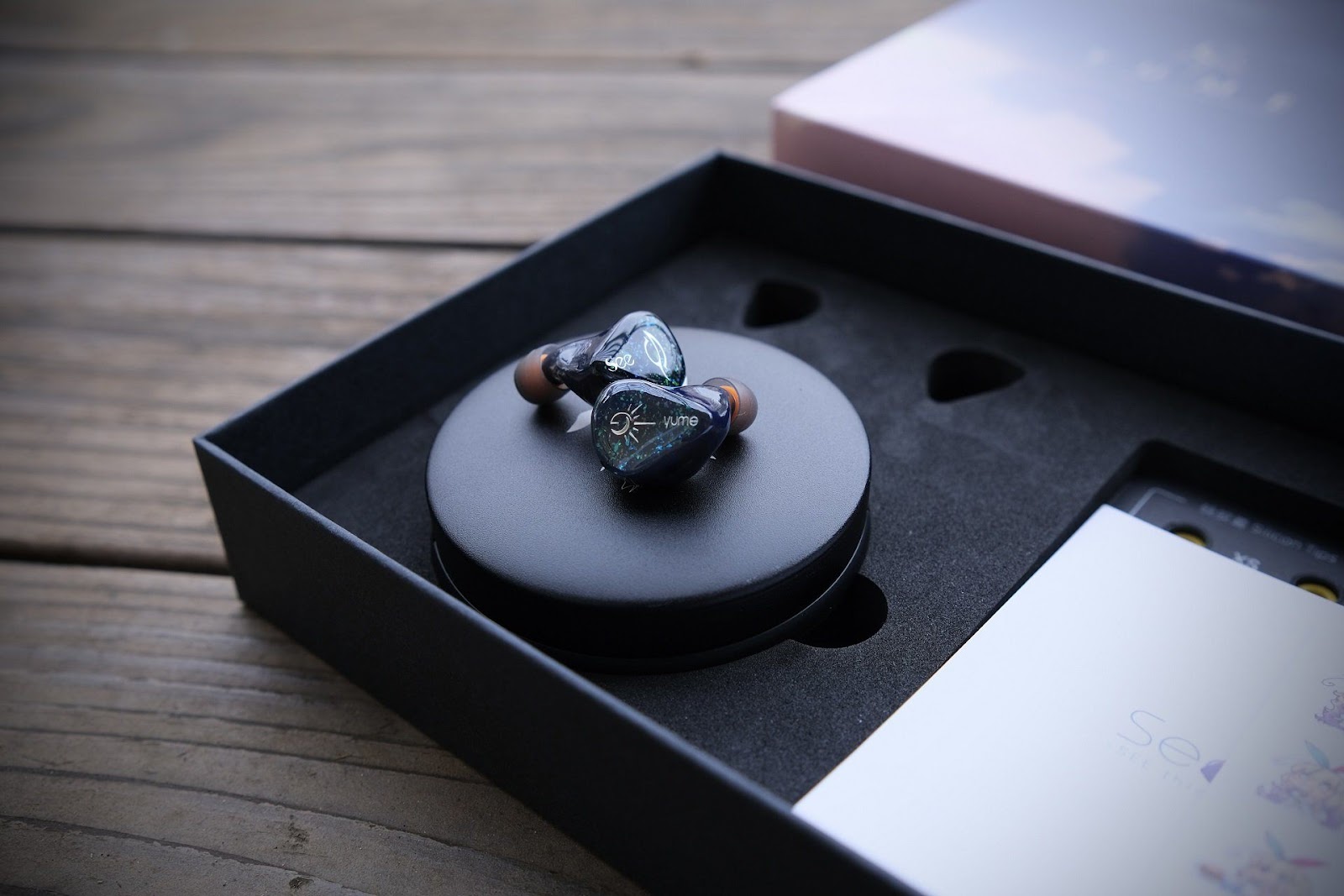 #6 Tanchjim Tanya - The Tanya caught me by surprise as Tanchjim’s not exactly known for making cheap IEMs. It sports a more traditional V-shaped tuning with a touch of spice in the upper-midrange and lower-treble. Still, the overall sound signature is remarkably balanced. Contrary to what one might expect, the midrange doesn't sound particularly scooped - it falls more along the lines of warm - and the Tanya avoids the 5kHz peak of death many similar IEMs exhibit. Sure, you're not getting much treble extension, but the Tanya also actually has some decent imaging chops with above-average soundstage width, height, and layering ability. Did I mention that this IEM comes with some pretty snazzy accessories and a microphone (if you choose that option) too? Listeners who want a fun listen for $25 would be hard-pressed to find a better value. 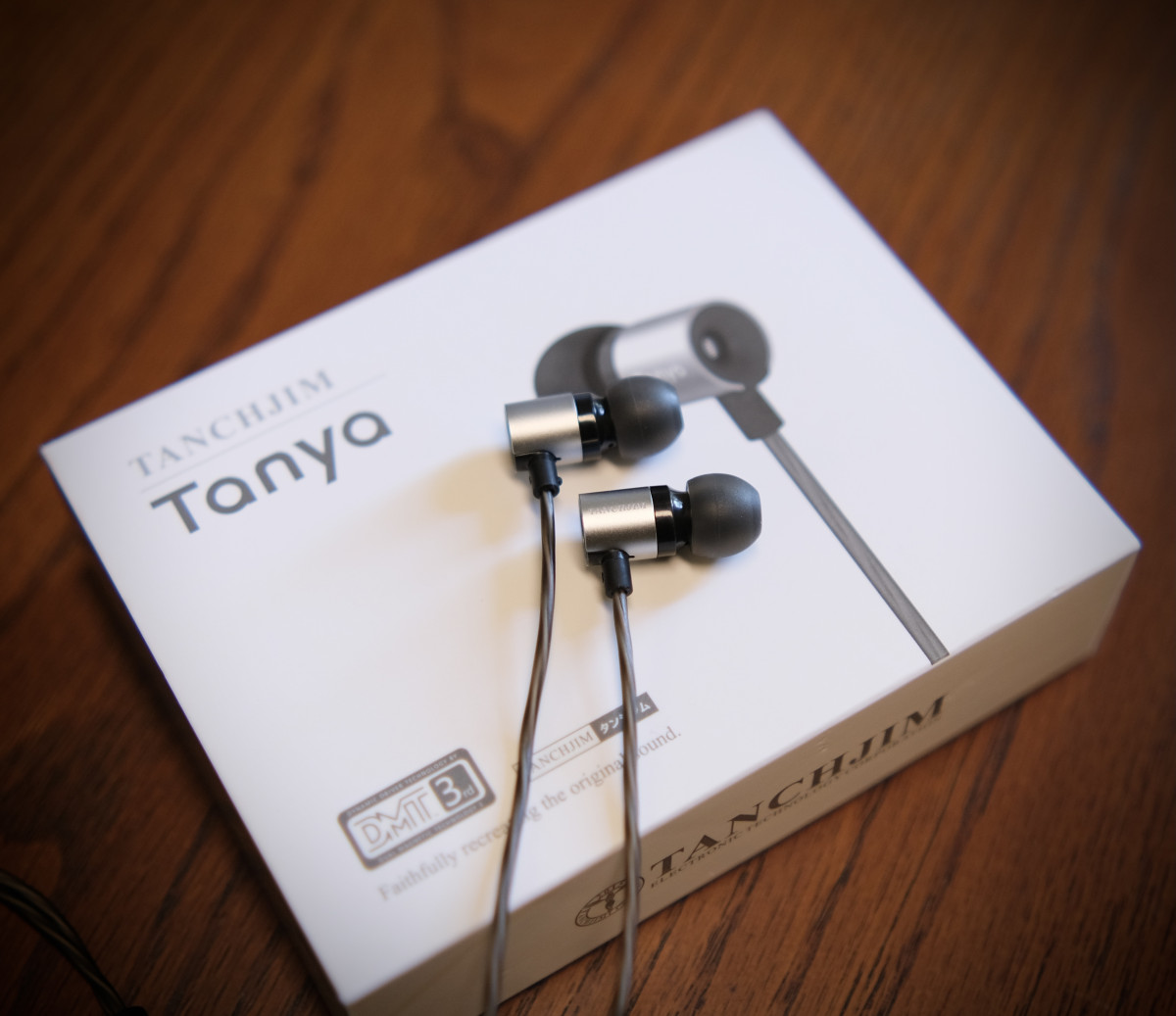 #5 Sony MH755 - Sony doesn’t make these anymore, but if you can find a legit one, you’ve got yourself one of the best IEMs for bass under $500. I’m not kidding by the way. The MH755 follows the Harman target very closely. It’s got recessed lower-mids, a shouty upper-midrange, and way too much lower-treble, so it might come off as fatiguing for some listeners. The bass, however, is to die for. It’s got healthy amounts of both sub-bass and mid-bass, and for sheer slam and texture, there’s nothing, absolutely nothing, in its price bracket that comes close. It doesn’t hurt that it also has technicalities comparable to a lot of the better sub-$200 IEMs. If you feel like you didn’t get your money’s worth here, let’s just say you got a fake (I’m kidding, but I wouldn’t be surprised). 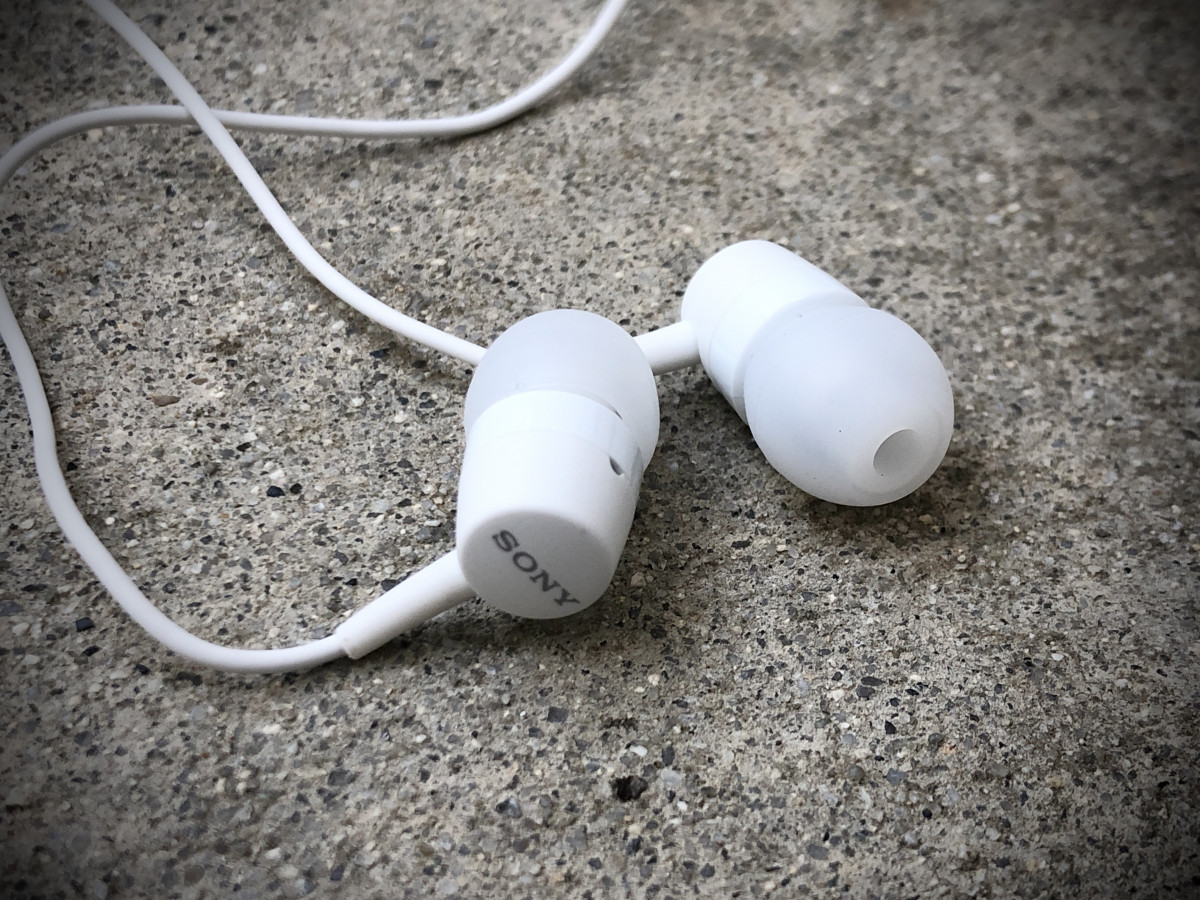 #4 Samsung Galaxy Buds - Hey, nobody said this list was limited to just wired IEMs. And trust me, these actually sound pretty good. This is the first Harman-tuned (an aggregate preference curve for sound) IEM on this list; perhaps that shouldn’t come as a surprise considering Samsung owns Harman International. The Buds have good sub-bass, an upper-midrange emphasis, and quite a lot of lower-treble. Yeah, you might also not like the scooped lower-midrange, but as a whole? There’s little to complain about here. Technicalities are more or less a case of “It’s a TWS,” but I’ve heard much, much worse. And the timbre is surprisingly good for a TWS. Don’t go for the Buds+ unless you really need that extra battery life - because if you’re asking me, they don’t sound quite as good. 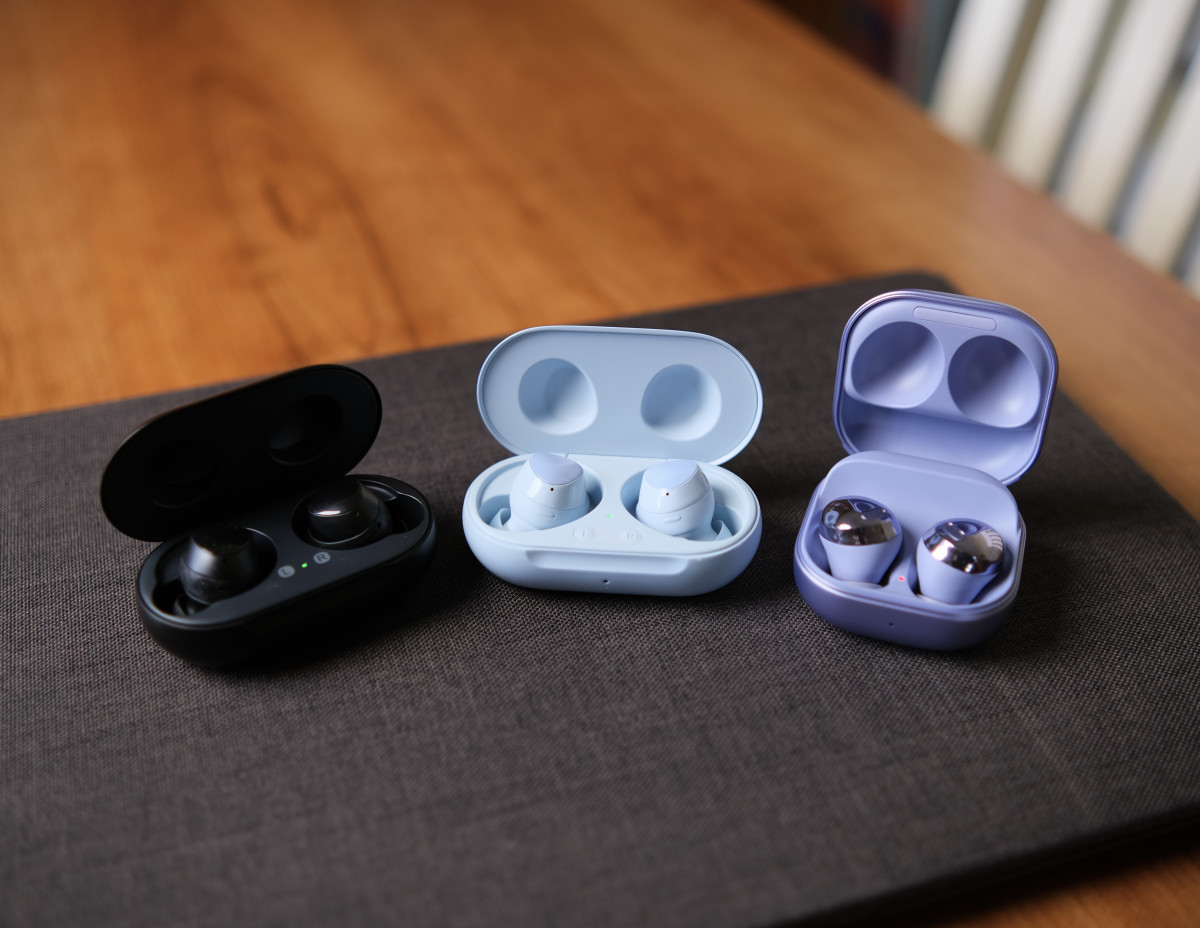 #3 Ikko OH10 - Probably the least safe recommendation on this list. Do not, and I repeat, do not consider buying this IEM unless you enjoy a decidedly “Asian” sound-signature with an emphasis on the bass and upper-midrange regions accordingly. The bass tactility on the OH10 is definitely some of the better I’ve heard in this price range. But perhaps the most surprising part about the Ikko OH10 would be that it has the best treble extension of any IEM on this list. It peaks strongly for air at 15kHz with a good amount of zing; as a result, imaging is quite impressive too. However, whether you can hear that high up or not is another concern entirely. So hey, just don’t shoot the messenger if this IEM ends up sounding quite dark to you. 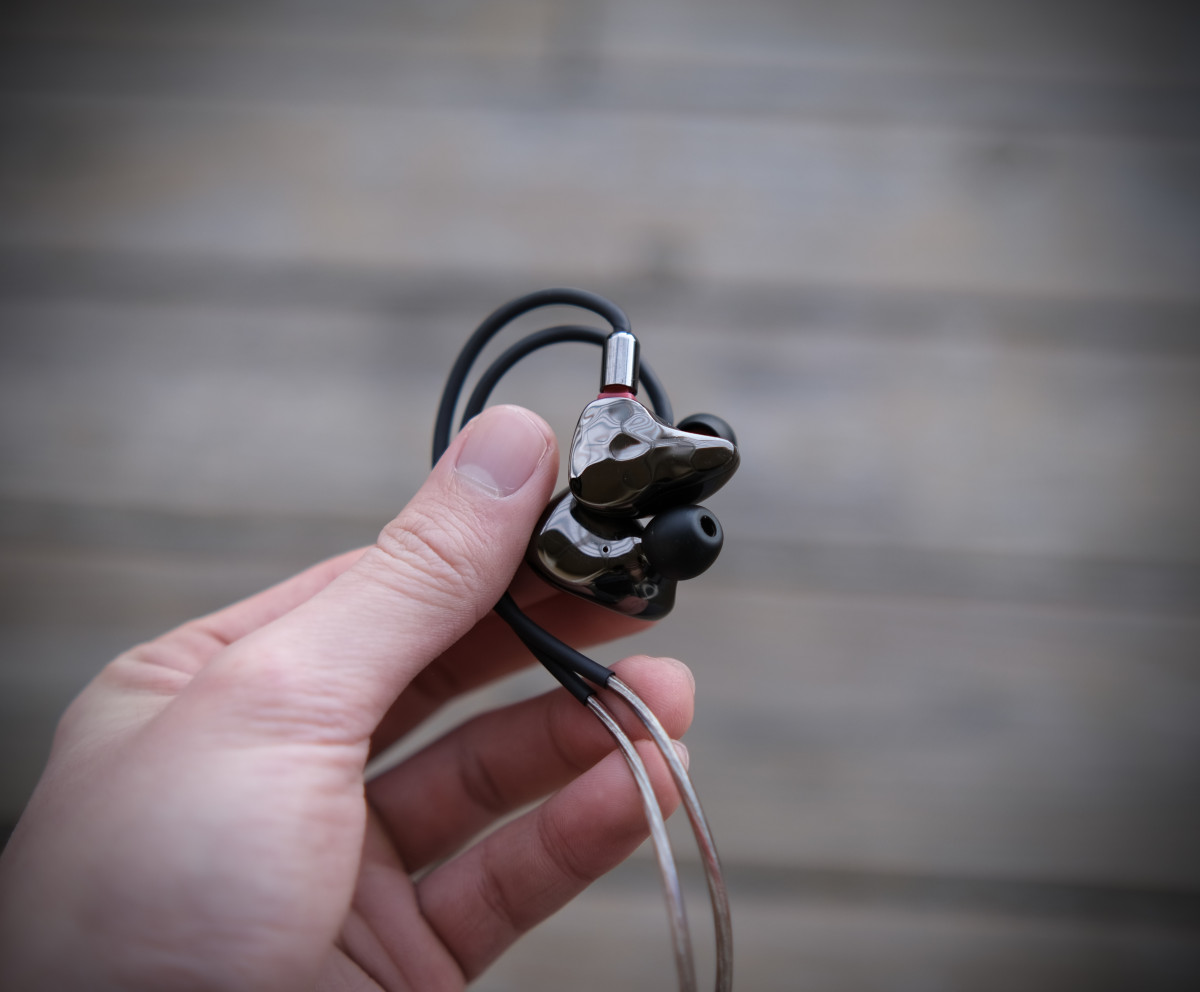 # 2 Moondrop Aria - The Aria, KXXS, KXXX, or the Starfield, it doesn’t matter. Once you’ve heard one of them, you’ve more or less heard them all. The Aria’s just the cheapest, latest instance of Moondrop undercutting themselves again. And who are we to complain? The Aria follows a tuning that’s not dissimilar to Harman, but it takes on more warmth and is generally a whole lot easier-on-the-ears. It’s not the most resolving IEM in its price bracket (it’s actually slower in the transients and doesn’t layer as well as its younger brother, the SSR). However, timbre is oh-so-pleasing and natural. Stack on a 12kHz peak in the treble which lends to a pleasant haziness, and the Aria's certainly not lacking in that icky, musical buzzword. This is one of my favorite sub-$100 IEMs, one I can just pop-in and enjoy for hours on end. 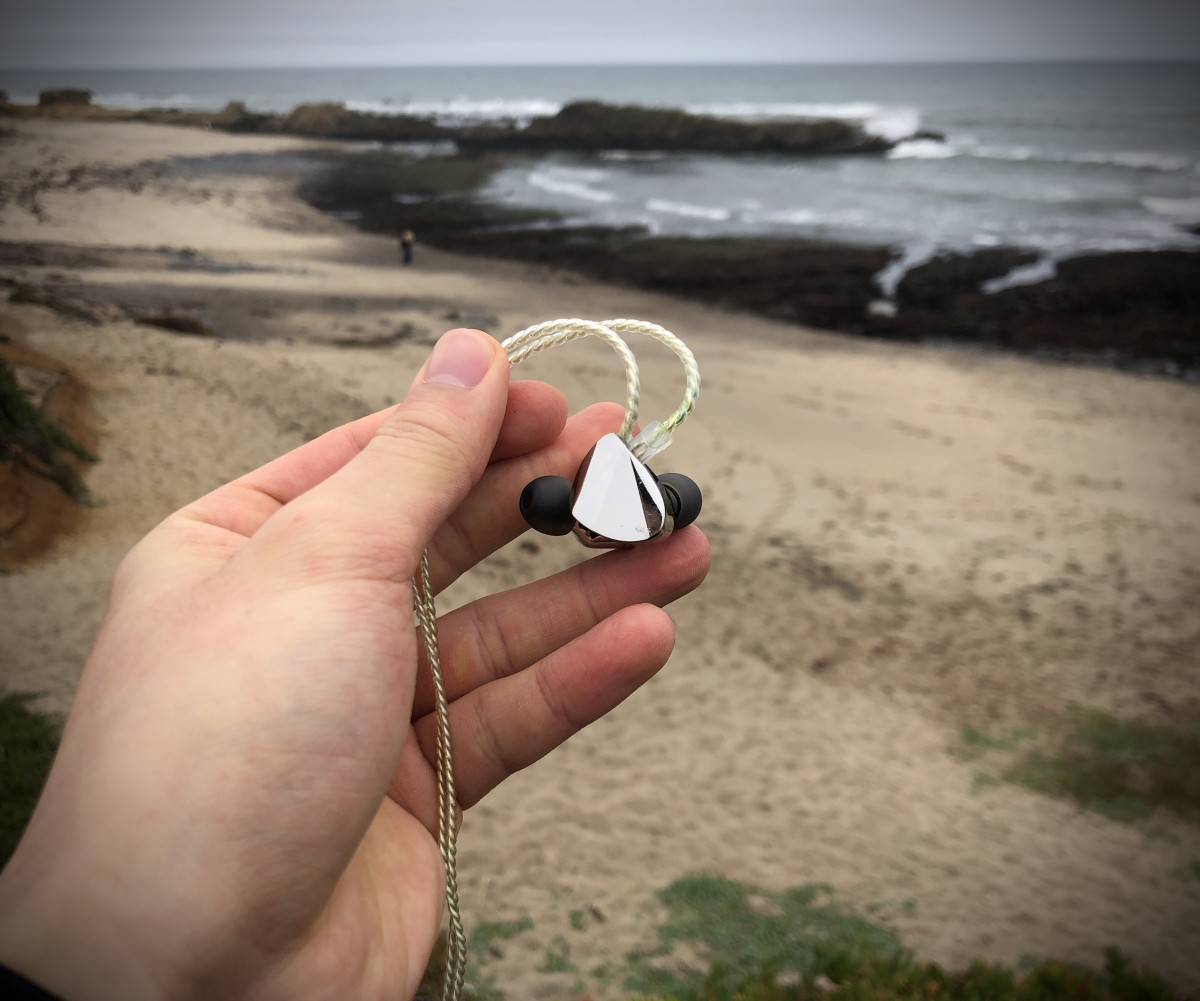 #1 Etymotic ER2XR - So you want what is objectively, at least in the most objective sense possible, the best IEM that $200 can buy? Then this is the IEM to look at. The ER2XR follows Etymotic’s interpretation of the classic Diffuse Field tuning. And if you’re asking me, it’s better. The overall sound here is a reference-oriented one with a touch of “oomph” down-low. Bass is lacking texture, but is quite clean with adequate slam. Some might find the ER2XR’s midrange slightly upper-midrange forward; however, I’ve never found it shouty. It has good technicalities too, probably the best I’ve heard under $200. The ER2XR’s biggest weaknesses would be its darker treble response and narrow imaging. Oh, and the fit. The nasty, nasty fit that you’d better hope you can live with for a price-to-performance ratio so good that it’s almost unfair. 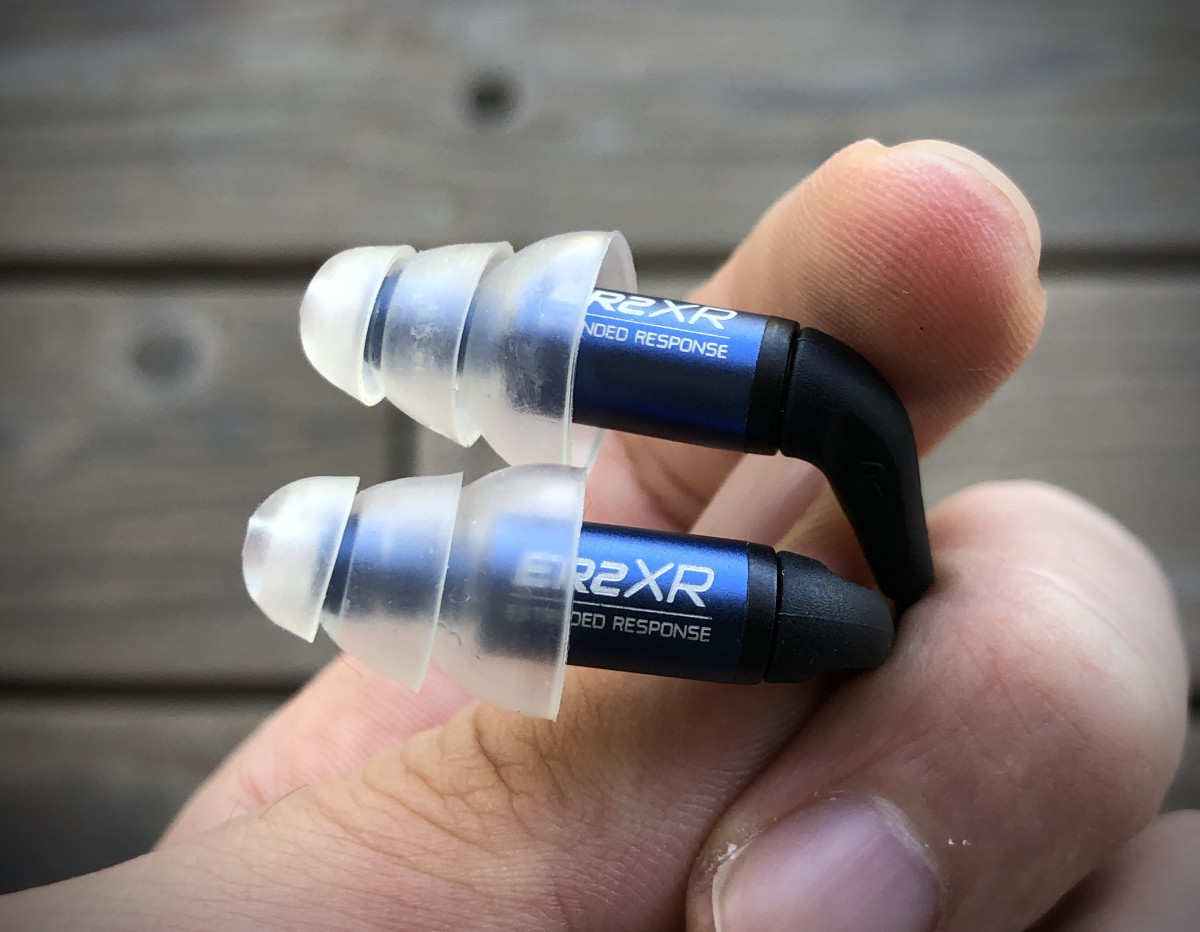 There you have it: ten IEMs that I give my stamp of approval to. Of course, you can see that I don’t like all of these IEMs. Some of these IEMs made the list out of respect, or simply because I wanted to meet a requisite of ten IEMs on the list. I think some words of parting are also warranted here. While I might not make budget IEMs the focus of my content, there is absolutely nothing wrong with enjoying budget IEMs. There's something for everyone in this hobby; likewise, it’s not hard to empathize with the thrill of the budget chase and stumbling upon that rare gem. And hey, if an IEM you enjoy didn't make the list, don't sweat it! There's a lot out there that I haven't heard, so feel free to comment below which IEM that was.